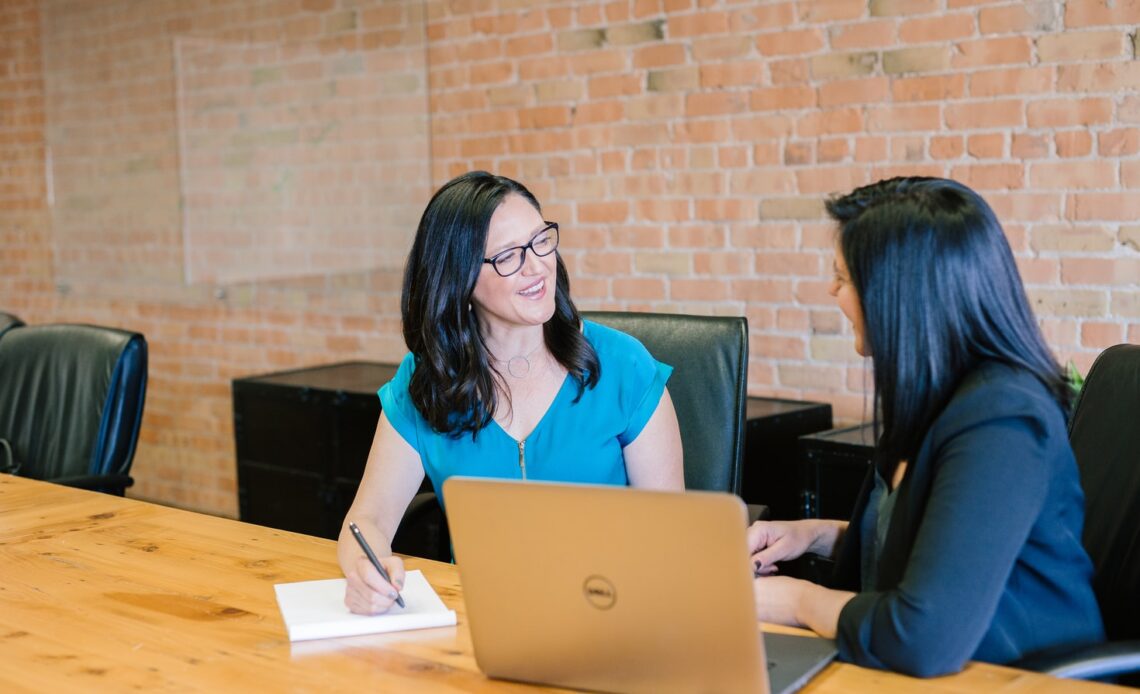 The objective of giving feedback is to help employees grow and build effective and long-lasting teams this way. According to a study by Randstad from April 2019, employees appreciate the role of feedback in their daily work. For 73% of the respondents, receiving both positive and negative feedback motivates them to work. In turn, for 69%, feedback received from the employer has an impact on their performance, as it helps them realize what they can change and pay attention to in the future.

However, employees’ needs concerning feedback aren’t often reflected in reality. As revealed in the 2021 report by HRM Institute, 47% of employees do not receive regular feedback about their work. When employees don’t receive feedback frequently enough, or worse even, when they don’t receive it at all, they don’t know anything about their employer’s expectations and assessment of their performance. In such circumstances, employees may be overly critical or optimistic in their own self-evaluation. Moreover, they may feel that their efforts are not sufficiently acknowledged by their managers and colleagues. Another consequence of the lack of feedback is the lack of knowledge regarding the direction in which a given person should develop their skills. Actually, skills development should be the main objective of giving feedback.

Feedback in a digital world

In 2020, nearly 70% of full-time workers switched to remote work. What is more, they turned out to be exceptionally engaged in their efforts to help the company survive the times of sudden changes. In such circumstances, many managers were forced to expand their competencies related to giving feedback, adapting them to the needs of their staff, the digitalized working environment, and the increased use of special tools such as professional 360° review platforms.

The leaders who are skilled at handling feedback in one-to-one conversations need to develop their skills towards giving written feedback as well. While talking to the employee face-to-face, you can always clarify your meaning and make sure you got your message across. In the case of written feedback, this isn’t always possible, which is why it should be particularly precise and unambiguous.

In the feedback sandwich method, the critical information should be preceded and followed by a positive comment. Seemingly, this approach is meant to create a positive attitude in the employee, so that the negative feedback becomes easier to swallow and doesn’t leave a bad aftertaste. And yet, it turns out that the sandwich method can do more harm than good, as this form of giving feedback is often misleading and confusing. When negative feedback is wrapped in positive messages its meaning gets clouded. It is then much more difficult to grasp the actual meaning and expectations of the person giving feedback.

Self-confident employees are likely to forget the criticism soon if served this way, whereas self-critical employees can feel overwhelmed by it. What’s more, when employees get used to the fact that negative feedback is always heralded by a positive message, they will not pay attention to well-meaning and appreciative opinions about themselves and they will always anticipate something critical to follow.

In the praise sandwich method, positive and negative feedback becomes blurred with time and it loses its primary function this way: it stops contributing to employee development. However, giving only negative feedback may demotivate employees, as they won’t be able to accept it. By praising them continuously, on the other hand, you won’t give them a chance to perfect their skills. Hence, the sandwich method should be replaced with balanced feedback, combining approval and criticism. If you need to present negative feedback to someone, make sure to mention something they do well, at the same time avoiding shrouding the message in a sandwich.

The best practices of giving feedback are based on a variety of models, including PIPES, CEDAR, COIN, and its extended version – COILED. These models are built on key aspects that must be taken into account when giving feedback. At first sight, these models seem very similar; however, they all provide various perspectives on giving feedback.

1. Prepare for getting your feedback through

As you prepare for giving one-to-one or written feedback, you need to think about the behaviors you’re planning to discuss and about the outcomes you wish to achieve. In the PIPES model, the first stage is Preparation: structuring your feedback based on a selected scenario. If you are going to have a face-to-face conversation with your employee, make sure you practice it beforehand.

There is an additional aspect to giving feedback, defined in the final stage of the PIPES model: Self Care. Managers can only provide feedback successfully if they are in a good mental state and feel comfortable. There’s no point in giving feedback when you’re stressed out, exhausted, or angry. In such conditions, you are bound to present the message in a negative manner, which will influence the way it gets through to the person receiving it.

2. Help the other person prepare for your feedback

Before giving feedback to your colleagues, you need to let them know what subjects you’re going to discuss and how relevant they are. This is covered by the first step of two feedback models: CEDAR (Context) and COIN (Connection). Of course, this is much easier if you’re able to have a one-to-one conversation, but you need to take it into account also when you give written feedback. A well-phrased introduction will help the other person receive feedback better.

It’s also very important to express your good intentions – to make it clear that the goal of feedback is developing your colleague’s strong points, correcting the ones that need amendments, and improving his or her work style. This is connected with the second part of the PIPES model: Intention. Your employees need to know that you’re approaching them in good faith and that feedback is supposed to help them enhance their skills. This is especially important for negative feedback: expressing your good intentions will have a positive impact on the way employees receive negative information about themselves.

If feedback is meant to help your employees grow, it must contain descriptions of particular behaviors. This aspect is referred to in the second stage of the CEDAR model (Examples) as well as the COIN model (Observation). When giving feedback, you need to rely on facts – the examples you provide should be very specific and substantial.

To prepare a list of behaviors to discuss, you can employ the approach called Stop, Start, Continue.

Stop – this refers to all the behaviors that must be eliminated. Research shows that this kind of feedback is the least popular to give – interestingly, this is also the type which employees are most eager to receive. They believe that well-communicated feedback – even if it‘s negative – will help them improve their performance.

Start – this refers to all the behaviors that should be included in the person’s working style. In other words, you need to verbalize your expectations concerning the future tasks of the employee. When giving feedback, don’t focus on negative and positive behaviors only: speak also about new behaviors and practices. Provide advice about changes that can prove beneficial.

Continue – this refers to all the behaviors that are effective and should be continued in the future. The reinforcement theory plays a huge role in this subject: it says that appreciating the positive behaviors of an individual has the ability to change their behaviors in the future.

4. Explain the impact of particular behaviors

Another good practice of giving feedback is specifying what kind of consequences or benefits result from a behavior that is discussed. This is part of the third step of the FUKO model (Consequences) and the COIN model (Impact). No matter if your feedback is positive or negative, you need to inform your colleagues about the results of their actions.

This is aimed at giving them as much information as possible so that they could do their tasks better – or continue doing whatever brings good results. By analyzing particular elements of a given behavior thoroughly, in cooperation with the person who receives feedback, you equip them with the knowledge they can put to use in the future.

Thanks to communicating your needs and expectations to your colleagues, you will help them perform better. In one-to-one conversations, you can ask your interlocutor what steps they can take to make use of the feedback they’re receiving. This is an element of the FUKO model (Expectations), the CEDAR model (Actions), and the COIN model (Next Steps). Sadly, Gallup reveals that only 6 out of 10 employees know exactly what their managers expect of them.

According to the Randstad Labor Market Monitor, feedback is usually given in the form of praise or criticism of a given task (55%). Only 38% of the respondents say that various aspects of their work undergo thorough analysis (e.g. quality or results), and 35% of those surveyed receive advice and guidelines from their managers concerning what they could do better. In 12% of the cases, feedback involves training suggestions or support in improving certain areas.

Another good practice is to give feedback in the spirit of partnership. Especially when you give feedback in person, you need to listen to the other person attentively, remaining open to their point of view and assisting them consciously in the conversation, also in interpreting the feedback. This practice is reflected in the popular feedback models: COILED, which is an extension of the COIN model (Listen), CEDAR (third step – Diagnosis), and PIPES (Presence).

The platform that will set your performance review process in tune with employee development.

Giving feedback may trigger a number of emotions: not only in the person who receives a difficult message about their work but also in the person who articulates this message. As revealed in a management survey, 37% of managers feel uncomfortable giving direct feedback about their employees’ performance if they think it will provoke a negative response. Feedback is effective only if it builds the employees’ self-confidence and fosters their mutual trust. This can only be done through empathy – which is one of the elements of the PIPES model. Give feedback the way you’d like to receive it.

7. Feedback is a process

Feedback should be perceived as an element of a larger picture. It’s one of the pillars of organizational culture and it contributes largely to the development of skills and working styles of the company’s employees. Giving feedback may result in creating new solutions, drafting a contract, and following its provisions.

In particular, digital feedback tools (such as a regular 360° survey) can serve as an indicator of whether employees are really committed to self-development. By analyzing data over time, you will find out which negative behaviors have been eradicated and which areas still call for improvement.

The thing that managers should focus on most when giving feedback is psychological safety in the workplace. Professor Amy Edmondson from Harvard University defines psychological safety as: “a belief that no one will be punished or humiliated for speaking up with ideas, questions, concerns, or mistakes.” Only the organizations that take care of the psychological safety of their employees can realize the full potential of feedback. In a safe environment, the focus is on learning and development rather than on nitpicking and judging.

How to accept feedback and grow – 3 useful tips