How to accept feedback and grow – 3 useful tips 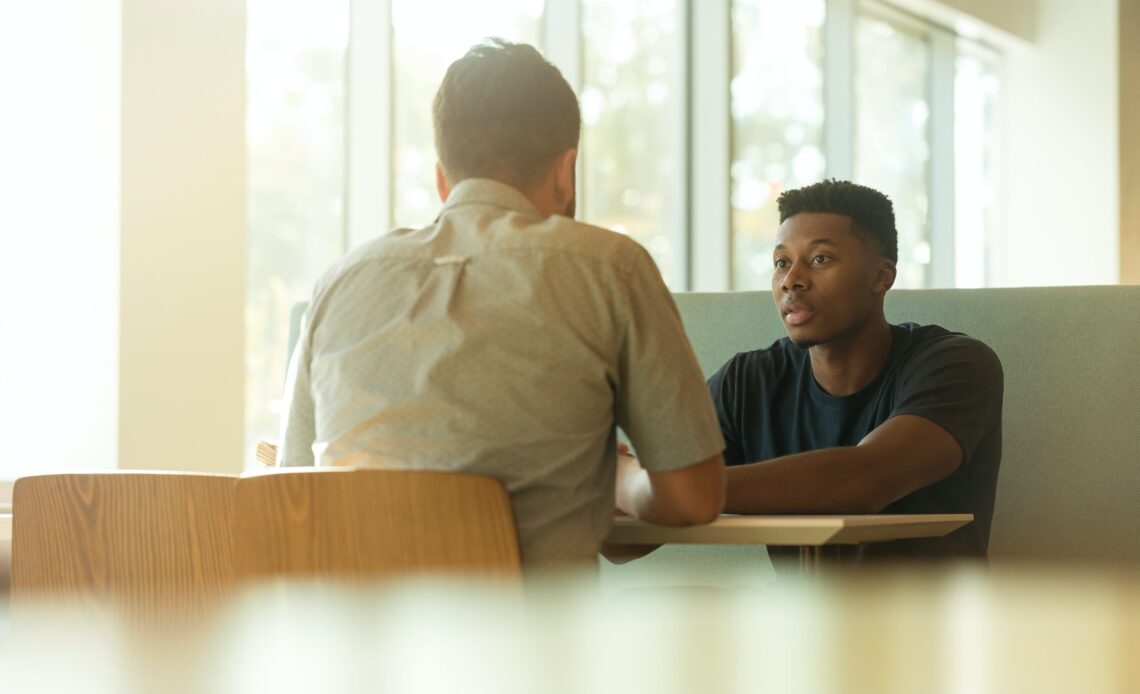 Daniel Pink, author of Drive. The Surprising Truth About What Motivates Us observes that people are motivated to work when they feel they’re getting better in their discipline. To make progress at work, employees need to receive regular feedback from their colleagues. What one can do if feedback triggers strong negative emotions and resistance that distort its message?

If the amygdala – the brain’s emotional center – perceives feedback as a threat, the adrenal gland will trigger the so-called fight-or-flight response. It involves a sudden release of hormones that prepare the body to react to the danger. Either to stay and fight it or to run away to safety. In this mechanism, the rational neocortex is turned off in a way, and the whole available energy is used to prepare for defense or escape, which can be seen in quicker pulse and breathing, among others. In such circumstances, it’s virtually impossible to accept feedback and use it to develop one’s competencies.

The whole process happens in a flash. Research shows that information about potential threats can reach the amygdala before you realize their presence. To put it simply, you can sense fear before you are even aware of its cause. Besides, the brain isn’t always able to differentiate between actual danger and perceived danger. Hence, phobias and stressful situations in personal or professional life as well as while receiving feedback often activate this reaction.

How can feedback trigger the fight-or-flight response?

In their book titled Thanks for the Feedback: The Science and Art of Receiving Feedback Well, Douglas Stone and Sheilla Heen define three types of triggers that can evoke the sense of danger and influence the amygdala. These triggers are related to both oral and written feedback (e.g. 360° reviews).

The first type includes truth triggers. If you think that the feedback you receive is not based on facts, you perceive the evaluation as unfair, which leads to a strong emotional reaction and message distortion.

Another type of triggers is related to your relationship with the person who gives you feedback. In such cases, the sense of danger is evoked by dislike and unwillingness to believe that the person has good intentions; or by a feeling that the feedback is given by a wrong person.

The third group covers identity triggers. They occur when your sense of identity is threatened. Even if you agree with the feedback you’ve received, you might find it hard to accept and admit you’ve made a mistake, because you start feeling like you are the mistake.

How to accept feedback – 3 tips

To hone your skills of receiving feedback and to treat it as motivation for further progress, you need to know your tendencies and habits connected with receiving feedback. Look deep into how you react to feedback, what emotions it evokes in you, how much time you need to turn it into action. The key to building an open approach to receiving feedback is developing your emotional intelligence. At the moment, this is one of the most sought-after capabilities among employees. This trend is likely to grow in the nearest future, also due to the fact that work is becoming more and more digitalized. By using the following tips and raising your awareness of the elements that trigger your strong emotional responses, you will learn how to control the defense mechanisms of your brain.

Tip #1 Accept the role of feedback

Accepting is the first step in one of the simplest models of receiving feedback: ACT. To accept feedback means to be open to other people’s opinions, also the negative ones; to be willing to learn from the feedback you receive from your co-workers. The next step in this model is clarifying (we’ll describe it in the second tip). The final step of ACT is thanking – expressing gratitude for feedback; showing that you’ve heard and understood it.

Negative feedback is an inherent component of feedback-driven culture in organizations, so it’s difficult to avoid it – and in fact, it’s not a good idea to avoid it. You must remember that negative feedback is only temporary. The stress or anger you’re experiencing because of the feedback you’ve just received are going to fade quickly, and they will be replaced by new skills and qualifications. The main goal of giving and receiving feedback is exchanging information about what competencies one should reinforce and how to improve working style.

The basic principle of receiving feedback is being attentive to the message given. To make feedback effective, you need to identify the key concepts of the message you’ve received and to understand what emotions are related to it. If you have a complicated relationship with the person who is giving you feedback and this makes it hard for you to comprehend their message properly, the best practice is to separate the message (the facts about your behavior) from the emotions that a given person provokes in you. Even if you don’t get on well with some people in your organization, their feedback might provide some valuable information about your working style.

Also, if you’re not sure whether you understand the feedback correctly, ask for more detailed and specific insights. You can do that by paraphrasing or asking questions that clarify the message. You can ask your colleagues to give you some examples of the behaviors they’ve described or to explain their consequences. The best way is asking openly what the person who gives you feedback expects of you and what kind of action you can take in the future. You need to take some time to reflect on the information you’ve received.

The last tip that will help you in receiving feedback and reduce the negative emotions that result from it is practicing. Clearly, practice makes perfect, so make sure you develop a habit of seeking feedback actively. Asking for feedback and seeking out up-to-date opinions of your co-workers about your work will allow you not only to develop your competencies but also to track your progress in time.

However, remember that you don’t have to accept every opinion you hear about yourself. The fact that someone gives you feedback doesn’t automatically mean they’re right. Still, this also doesn’t mean that you shouldn’t look for areas for improvement and work on them. Every feedback message is based on perception. Approach the feedback you receive with humbleness and distance at the same time: assess its reliability and usefulness and test various solutions. Only then will you be able to take full advantage of the power of feedback.