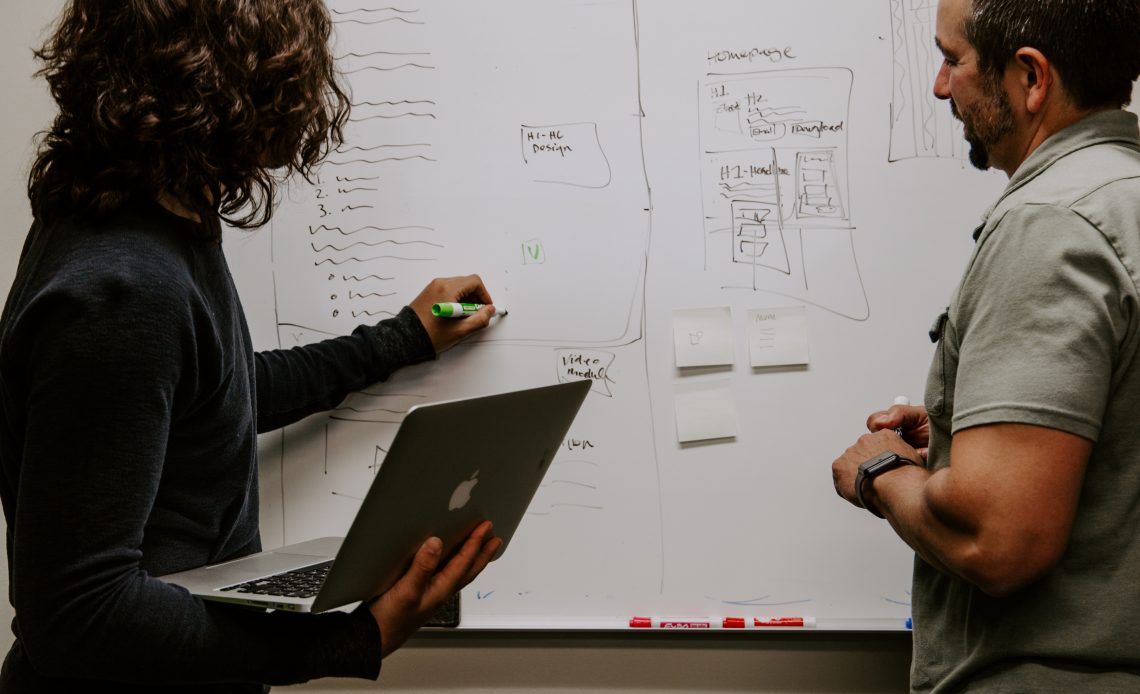 Precisely defined training objectives serve as a great starting point when designing a course, and their performance level is the best representation of whether the course is successful. It turns out that useful tools that can be applied for that purpose were created long before the age of digital learning. Why is it still a good idea to make use of traditional methods of classifying learning objectives, such as Bloom’s taxonomy?

The world of business is governed by its own special rules. Business courses are meant to be effective – and the word “effective” is key here. And yet, surely everyone remembers taking part in a training that felt like it was organized only for the sake of the training itself. What could be its outcomes? In the best-case scenario, a nice afternoon with coffee and cookies. Certainly, that is not the effect that the instructors and the employer had in mind. This is why it is so important to build the building process on a solid foundation, based on educational theories. This approach helps specify the right objectives and find the right ways to reach them. This is where Bloom’s taxonomy can be applied – although the tool is rather old, it still proves useful as it helps design the learning process.

What is Bloom’s Taxonomy?

Taxonomy of Educational Objectives published in 1956 was a collaborative work edited by Benjamin Bloom, which became a source of inspiration for several generations of educators around the world. No wonder then that since its first publication, it has been updated a couple of times and successfully applied in remote teaching (for children, teenagers, and adults). Its success lies in a simple premise: educational objectives vary in their levels of complexity and detail. In Bloom’s model, the process of learning is divided into three domains:

Although in the original model, the cognitive domain was the primary focus, in modern teaching processes, all of them should be taken into account.

How to facilitate the process of setting objectives?

Setting learning objectives based on Bloom’s taxonomy might seem complicated. The wide variety of options as well as the obscure graphic form of the taxonomic circle and the reversed pyramid are used as representations of the learning process. All of that is likely to make you feel dizzy.

However, Bloom’s taxonomy really isn’t rocket science and it’s quite easy to understand how it works. As the teaching process is split into the three domains, the teacher is able to follow particular guidelines to set the learning objectives and accomplish them in accordance with the knowledge level of the students. This is one of the crucial reasons why, for so many years now, Bloom’s taxonomy has been such a great success in classrooms and workshops. Another important aspect of this methodology is the division of the three learning domains into subcategories of skills that are acquired as part of the learning process. They are ordered from the easiest to the most advanced ones.

Make organizational learning simpler for you and for the employee with the right tool.

Bloom and his team mostly focused on the cognitive domain. The other two were developed later on.

This area is concentrated on acquiring knowledge and shaping intellectual abilities. The base of the pyramid is the category of remembering (acquiring knowledge). Its goal is to assimilate the theory to be able to move on to the other categories: comprehension, application, analysis, evaluation, and creation. Basically, to reach a higher level of the pyramid, you need to first have command of the previous ones. Hence, learning objectives must be adjusted to the level that is supposed to be achieved, considering all the steps that must be taken in the lower categories.

This area is about emotions, values, and – which often follows – motivation. It is comprised of five categories:

This sphere refers to manual and psychomotor skills, which are broken down into five categories as well:

So, where’s the catch?

According to Benjamin Bloom, the learning process is composed of elements belonging to all the domains. This means that the set objectives must take various levels into account and that some are more important than others. Again, theory is actually more difficult than practice. There are helpful lists of verbs, assigned to particular levels, which help in determining the training objectives.

This approach makes it easier to organize the learning process, as the coach or the teacher is able to adapt the course to the participants and to monitor their progress. Thanks to the hierarchical structure of the model, it is quite easy to assess the scope of knowledge and skills necessary to achieve the training objectives. However, the critics of Bloom’s taxonomy point out that this is an oversimplification of the whole process. According to the latest discoveries, learning is not a linear process, as evidenced, for instance, by Kolb’s learning cycle.

Despite the existing constructive criticism of this method, there are still many enthusiasts of Bloom’s taxonomy among teachers and trainers. Even though it was created so many years ago, it remains a valuable tool for defining educational objectives and one that contributes to achieving these objectives. It is also perceived as a great method that supports the development of critical thinking among students. This is an important voice in the debate on learning methods. Then again, you must bear in mind that like any other tool, this approach has its limitations. In this day and age, Bloom’s taxonomy can be treated as a solid foundation for establishing training objectives. It should be applied in a flexible manner, adjusted to the needs of both the participants and the organization.

Learning that is effective in the digital world needs to be chunked, diversified and support knowledge retention. Discover the tool that will help you do that and more.

How Employees Can Improve Training Programs in Their Company

Learning in the flow of work – why is it so important these days?

4 tips to introduce social/collaborative learning in your organization

A good strategy of leadership development goes beyond e-learning. How to make it measurable?