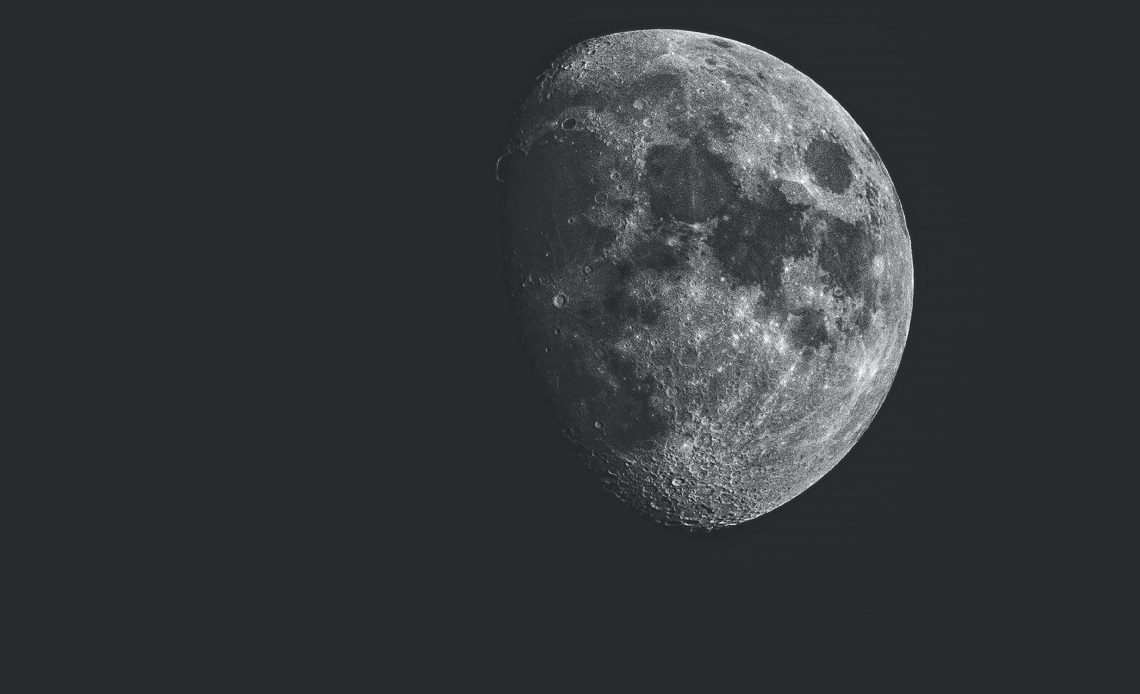 Remember the movie Apollo 13 released in 1995? Ron Howard depicted the dramatic struggles of the crew of Apollo 13 with technical issues that occurred during the flight. The astronauts did not land on the moon but returned safely to Earth. 26 years earlier, Neil Armstrong, standing on the Moon, uttered the famous words:  “The Eagle has landed”. Unfortunately, no NASA crew will ever land on the Moon again on its own. This raises the question of why this happened, especially that we have just witnessed NASA’s rover landing on Mars.  There are several reasons for this, but knowledge management, or rather the lack of it, can be considered among the most important factors.

Money is not the only driving force behind space travel

The rocket for the Apollo 13 mission was powered by the Rocketdyne F-1 engine. It was this engine that carried the crew of the Apollo 11 mission into orbit. The engine used in the Apollo missions was developed by Rocketdyne in 1950. It was originally used by the United States Air Force, but it was too powerful to be used in aircrafts. Therefore, over time, the abandonment of work on this model became more and more widely discussed. But then it was noted that the newly formed agency, NASA, could benefit from the capabilities of this prototype.

From the time of the Apollo 8 missions, F-1 engines have successfully served their purpose there. More than seventy years have passed since their development, and yet the F-1 remains the most powerful single-combustion liquid-propellant rocket engine ever developed. The engine powered Saturn rockets during their first phase of flight. It burned over 15 tons of fuel per second. It took it only 150 seconds to climb the vehicle up to an altitude of about 36 miles and accelerate it to a top speed of approximately 6,000 miles per hour. When the Space Launch System (SLS) was developed, NASA ran many different tests, with different engines.

However, it was the liquid-propellant ones, such as the F-1, that was the safest, because, in the event of a malfunction, all you had to do was turn off the fuel supply to prevent an explosion, for example. Such boosters, however, had one drawback. They could only be used once.

So the question arises. Why the F-1 engines are not still used by NASA in an upgraded version? Here several threads surface, including a certain rumor that has been passed from mouth to mouth over the years. Let’s take as a starting point the complexity of the concept that is the Saturn V Rocketdyne F-1 rocket engine.

Such powerful and simple engines demand new and improved versions. However, NASA reports that no new version of the F-1 has been built since the 1960s. According to the rumor, the reason for this is that the plans for the Rocketdyne engine were supposedly lost or destroyed by mistake. NASA denies these rumors and refers those having doubts to numerous Project Apollo Documents. As we can read, every design document ever created for Apollo is still available. So, the problem with engine re-creation lies elsewhere.

A little interjection here. Neal Stephenson, the author of popular science novels, sci-fi novels, and science and technology papers, talked at one of his MIT Media Lab lectures on technology development and space travel about how difficult it can be to use previously known technologies to execute current space plans. This is very well illustrated in one of his novels, Seveneves. If we are faced with the necessity of leaving our planet, the old, proven solutions, which are aimed at the exploration of the so-called near space, will be of no use to us. This is caused by, for example, technological factors such as design differences or lack of know-how retained.

But what does the F-1 engine have to do with HR?

When a group of modern rocket engineers looked at old blueprints thinking how to re-create the iconic F-1 engines, they quickly realized how different the working methods of designers half a century ago were from those of today. There was no computer-aided design, rules, procedures, computer simulators, subsequent analyses, or tests. This is very well demonstrated by the old documents shared by NASA.

While modern engineers and technicians have original designs for individual components, they lack the know-how Stephenson mentioned. In this case, notes and additional calculations that were often done quickly, on a piece of paper torn from a notebook, jotted down on a blackboard or napkin from a café. The notes were created in a hurry, occasionally even involved cutting corners, just to achieve the desired effect. Many of the people who worked on the F-1 engines have already passed away, taking that knowledge with them.

Of course, a detailed study of printed material, any analysis, and visual inspection of equipment stored and displayed in museums provided some knowledge to begin work on the F-1B. However, in practice and tests, it turned out that it was easier to build something from scratch than to rework a solution from the past on which not all the necessary data is available.

Two other storylines surround this complex problem. The first one is the lack of proper information flow management, which has led to incomplete documentation today. The second one involves finances. NASA has had its funding cut for several years, but it is not left without any support at all. This is because the funds were allocated in commercial contracts.

Elon Musk once said: “If you had to buy a new plane every time you were going to fly somewhere, it would be incredibly expensive”. These words fit perfectly with NASA’s situation when the agency was using old, single-use engines, and by the way, it’s kind of an advertisement for the Falcon 9 rocket’s capabilities. Construction of the rocket cost $54 million, but only $200,000 is needed for the fuel for its launch and landing. So, NASA doesn’t have to build its own vehicles, but it can rather share knowledge and technologies. For example, the Agency wants to make the International Space Station (ISS) available to private companies and tourists. The station was recommended for creating a business ecosystem in orbit around Earth, so companies can produce and experiment, and for example, grow plants in space, advertise commercial space flights, or even host tourists.

This strategy will lower the cost and risk of operating in space, and technology exchanges at this level between the agency and companies like SpaceX and Blue Origin will be beneficial to each party. NASA wants to accelerate its plans of establishing a permanent human presence in space and, to achieve this, plans to: “increase the use of commercial business partnerships”.

Effective knowledge management will allow to retain the know-how

The story of NASA shows that technology companies are even more dependent on the right tools for the right knowledge management. This is perfectly illustrated by research conducted by Deloitte. This is because companies often fail to communicate their knowledge to employees. In fact, senior employees are often unable to share it with those at a lower level. Knowledge is a key factor that distinguishes us from our competitors. Yet, advanced technologies, new ways of working, and personnel changes are making traditional views on knowledge management outdated. So, it’s worth redefining how knowledge is created and shared within an organization to avoid a problem like these of the world’s largest space agency.

A survey conducted among 1,300 business executives and IT executives shows that up to 55% of enterprise technology data is not being used. This is not the end of the story, however. New ways of contacting each other, solutions that help us work remotely, or in a hybrid way, are causing dispersion of communication channels. Consequently, knowledge is not always available to all interested employees.

In last year’s Global Human Capital Trends survey, 52% of respondents said that employee mobility drives them to develop knowledge management strategies. 35% believe that frequently moving people around and assigning them different roles, or postponing their tasks, is a barrier to effective management. And that is not all, still, 55% of companies surveyed define knowledge management as simply documenting and disseminating knowledge. Another 36% link knowledge to value-enhancing activities. In turn, 43% see knowledge creation as key to developing new products, services, and solutions. The designers of the F-1 engines were somewhere in that 55%, but remember that they lived in different times.

Protect the know-how in your company with the right knowledge management products.

As the story of NASA shows, even the largest entities can struggle with the flow of data and managing it.  Sometimes we forget about modern technologies that allow us to digitalize knowledge in the organization. Thanks to a Knowledge Base, employees interested in relevant documents or issues can access them 24 hours a day, 7 days a week, practically from anywhere in the world.

Knowledge flow management methodologies are also helpful. For example, those developed by APQC, the organization leading in productivity management. APQC prepared a model – a seven-step cycle of standard knowledge flow. It looks like this:

2. Identify the most essential knowledge for enterprise strategy and operations;

3. Collect knowledge in a form that is shareable with others;

4. Review knowledge for relevance and applicability;

7. Use knowledge to solve problems faster and make informed decisions.

This lays the groundwork for knowledge flow activities. Based on them you can build processes, analyze data, and manage its flow. You can also establish onboarding and offboarding paths in the company. These are just a few very important elements, and as you know, in the right process, there are many more of such activities. Any knowledge management program requires a strategy that is clear, documented, and relevant for the business.

Where does knowledge management start?

The first step should be to determine what is the knowledge that should be archived by the company. There are still many organizations that operate without a described strategy, and information is communicated to employees verbally. There are no onboarding procedures in teams, no internal Wikipedia collecting all company documents, etc. Without this, it’s hard to implement the APQC cycle or take advantage of the help of tools and technology that are supposed to provide a better flow of internal information. Sometimes it is hard to get started, but every journey begins with the first step. Perhaps it will be a small step for man, but one giant leap for your company?

Discover our Knowledge Base.

How to protect your know-how? Use a knowledge base programme in your company